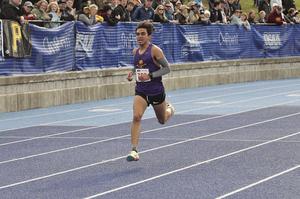 Garcia-Silver finished 17th in the Nike Cross Nationals in Portland, securing the right to be called an all-America. The top 20 finishers, put of 198 runners, are named all-Americans.

Garcia-Silver earned the status by consistently improving as the race among the best runners in the nation continued. After one mile, Garcia-Silver was 27th, and he improved to 20th after two miles. At three-mile mark, he moved up to 18th, and passed one more running to finish 17th in the 3.1-mile race.